THE SUN RISES IN THE EAST: FILM SCREENING 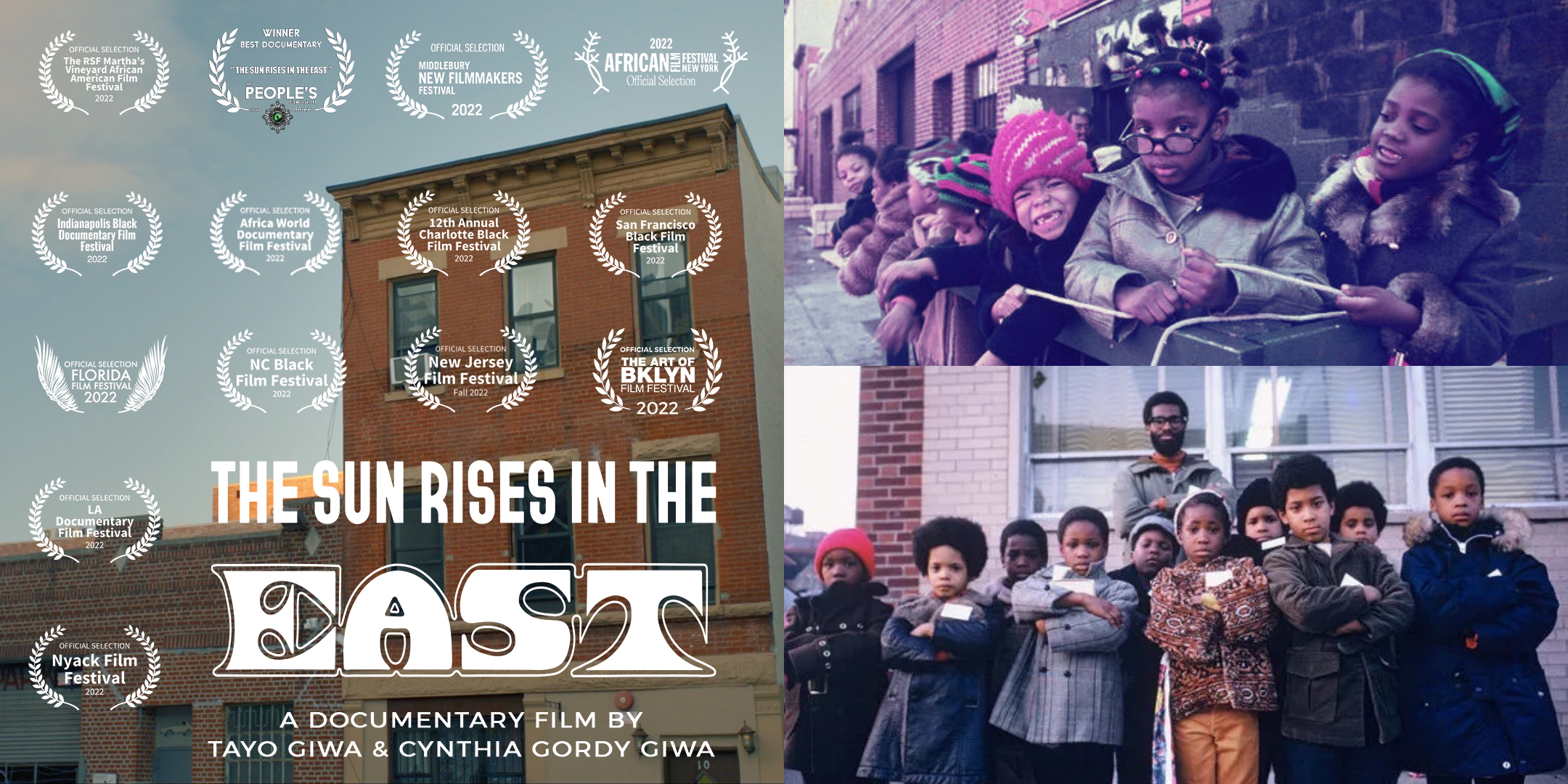 Panel Discussion immediately after the screening with Segun Shabaka, Basir Mchawi and Mal.

The Billie brings back The Sun Rises in The East and chronicles the birth, rise, and legacy of The East, a pan-African cultural organization founded in 1969 by teens and young adults in Bedford-Stuyvesant, Brooklyn. The East embodied Black self-determination, building dozens of institutions, including its own African-centered school, food co-op, newsmagazine, publisher, record label, restaurant, clothing shop, and bookstore.

Helmed by a husband-and-wife filmmaking team and creators of Black-Owned Brooklyn Tayo Giwa and Cynthia Gordy Giwa, The Sun Rises in the East features interviews with leaders of the East, historians, and people who grew up in the organization as children and delivers an exhilarating and compelling vision for just how much is possible.

The Sun Rises in The East is the first feature-length documentary to explore The East and its continued influence on the fabric of Black Brooklyn. The film also examines challenges that led to The East’s eventual dissolution, including its gender politics, financial struggles and government surveillance. Featuring interviews with leaders of The East, historians and people who grew up in the organization as children, The Sun Rises in The East delivers an exhilarating and compelling vision for today’s movement for racial justice, showing just how much is possible.
Directed by Tayo Giwa / Producer: Cynthia Gordy Giwa | 2022 | Run Time: 58 minutes
SEATING AVAILABLE ON A FIRST COME, FIRST SERVE BASIS. 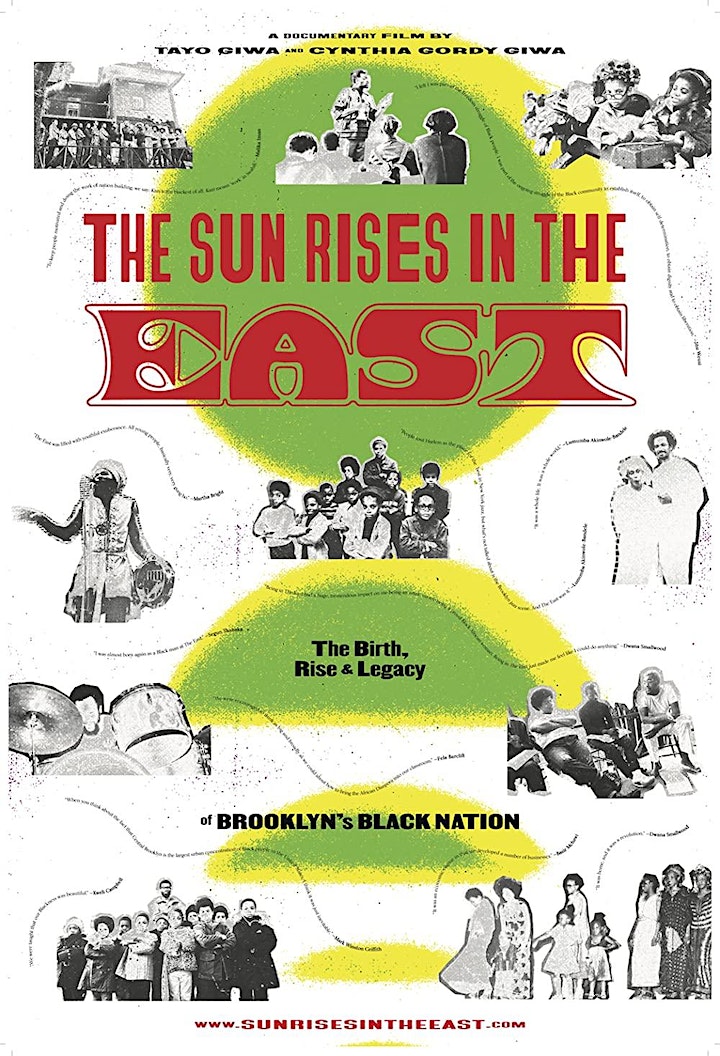